On Tuesday, May 10, the U.S.-China Clean Tech Center hosted the U.S. China Cleantech Innovation Forum in Pasadena as a part of ChinaWeek 2016 across greater Los Angeles. Nearly 200 leaders from the Chinese and American business, government and technology sectors attended the forum, which provided a platform to share ideas and research, cultivate connections both in research and in investment and discuss policy in the field of renewable energy technology. Speakers included Bill Gross, the CEO of Idealab, Jeffrey Dutton, acting Director of the US Commerce Department’s China Office, Pasadena Mayor Terry Tornek and Dr. Feng An, the Founder and Executive Director of the U.S.-China Clean Tech Center. The event focused on the opportunities present in burgeoning partnerships between the U.S. and Chinese clean tech industries and the necessity of those partnerships going forward. Many speakers also stressed the need for urgency in developing clean technology, with qualitative economist Dr. Woodrow Clark saying, “I don’t want to wait 50 years. We need clean energy now. There is an important need for the U.S. and China to collaborate.” 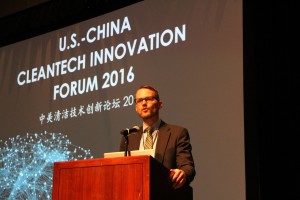 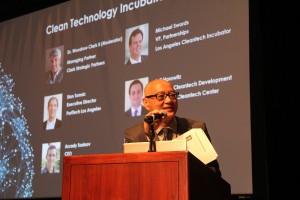 Overall, the event was held with an eye toward creating partnership, and thus the tone was positive and stressed the benefits of US and Chinese collaboration in clean energy. With Pasadena, home of such institutions as Caltech and JPL that are often on the cutting edge of scientific advancement, as a host, the event made it clear what the world could gain from increased bilateral investment in clean tech. Director Dutton noted on the subject of opportunity, “recent milestones in the global push to combat global climate change will be the increasing opportunity for clean technology confidence, which translated into investments and job opportunities as well as economic growth in both of our countries.” 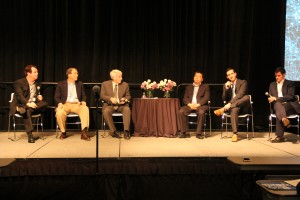 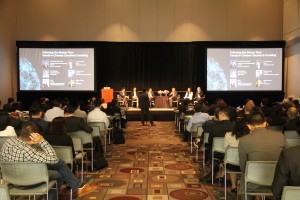 Following a week long trade mission organized by the US-China Clean Tech Center and US Dep...

On April 16, 2013, with sponsorship from the Wisconsin government, UCCTC organized and co-...